How Did “Luckiest Girl Alive” End?

‘Luckiest Girl Alive’ What does the movie’s plot have to do with?

Aaron Wickersham, an independent documentary filmmaker, said he wanted to talk to Ani about the 1999 private school gun shootout she was in. Dean Barton, one of Ani’s classmates, said that she was involved in the shootout, and he agreed to be in the documentary. Dean Barton was now a politician who had worked hard to change gun laws and had just finished writing a book. Aaron wanted Ani to tell the truth about what happened to her during that time. She had never done so before. Ani wasn’t ready to do it yet, especially after she found out that Dean would be in it.

Ani started to think about the time she went on a scholarship to Brentley School, a top-tier private school. She went to school with a lot of rich kids, and it took her a while to get used to the way they lived. Even though it had been years since the massacre, Ani’s school friends still blamed her for what had happened and said mean things about her. In a way, everything around her was driving her to the edge. She no longer had to keep her story to herself. She had everything, but she still felt empty. She finally picked up her pen and wrote down what had been killing her inside for years.

What was Ani trying to hide from the rest of the world?

After some trouble at first, she made friends with both rich and smart kids at Brentley School. Arthur was her biggest supporter and always looked out for her. In 1999, Ani and her friends had the best time of their lives at the Brentley School Fall Dance. The principal pulled Arthur aside because he was carrying a flask of alcohol. While Arthur was out of town, Hillary asked Ani to go to a party at Dean’s house with her. After drinking at Dean’s house, Hillary asked Ani to come back to school with her, but Ani decided to stay a little longer. She had passed out, and when she woke up, she remembered that her classmate Peyton had kissed her. She was lying on the floor of the bathroom, unable to stop what was happening to her.

Ani got up and tried to walk after Peyton left, but the boys wouldn’t let her go. Even though she was bleeding, her boyfriend Liam pushed himself on her. When he left, she got up and left the bathroom again. She went into Dean’s room to try to get dressed. She tried to get out of the room when Dean walked in, but he held her down and raped her. She hit him and was able to get away. She ran to the nearest store where she could buy things she needed, where she found her teacher, Andrew Larson. He took her to his house and asked her to tell her mother, but she didn’t want to. Mr. Larson told the principal about it the next day, but even the principal didn’t believe Ani’s story. Ani stopped the principal from calling her mother when he started to do so, and she decided not to file a case. Mr. Larson lost his job at the school because he didn’t stop the students from leaving.

Ani was afraid of her mother. She knew that her mother would never understand what she had been through and would instead blame Ani for what had happened. Her mother had spent her whole life and a lot of money on her daughter’s education, so the fact that she went to a party and drank alcohol, putting all of that at risk, would make her mother very angry. The main reason why Ani didn’t do anything was because her mother didn’t back her up. She was taught from a young age that she couldn’t do anything against rich people. She had spent her whole life with the right people so that people would take her seriously.

How Did ‘Luckiest Girl Alive’ End? Why Did Dean Say That She Was? What made Ani decide to do something against Dean?

Arthur was very angry when he found out that Ani had done nothing to stop the rapists. Instead, she apologized to Liam, who was upset to hear that Ani thought what had happened that night was a “gang rape.” It wasn’t the first time Peyton, Liam, and Dean had taken advantage of someone. Ben, Arthur, and Ani’s friend had been hurt by them. Ani knew that she was on financial aid and that talking about the gang rape could ruin her life. So, even though Arthur tried to get her to do something, she didn’t.

Ani agreed to be in the documentary in the end, but only if she didn’t have to meet Dean. She said that on the day of the shootout, when she, Liam, Peyton, and Olivia were in the room, she saw Ben come in. Ben went right to Peyton and shot him in the head. Ben shot Liam in the back when Ani, Olivia, and Liam tried to get away. Ani remembered that she didn’t hold the door open for Liam so he could escape because she didn’t want to put her life in danger for the man who had raped her. When Olivia and Ani went down to the basement, they met Dean. Arthur came in with a gun and told Olivia to leave the room. He gave Ani the gun and told her to shoot Dean, but she was unable to. He took Ani’s gun and shot Dean in the leg. Ani was carrying a knife, so she used it to stab Arthur in the neck. She knew that Arthur was getting even with everyone who had wronged them, but she wasn’t the kind of person who would back violence and kill her wrongdoers. When she and her mother tried to get into the funeral service the next day, they were turned away. Dean spread a rumor that he wouldn’t be Ani’s boyfriend after he found out she was sleeping with his friends. Ani and her friends planned the shootout because of this rumor. Dean showed up just as Ani was talking about the event on camera. Ani left right away because she didn’t want to be in the documentary.

Luke agreed with Ani’s choice not to be in the documentary. He never really liked it, probably because he didn’t want to hear his fiancée talk about how her body was violated. He wanted her to go to London with him and take an MFA course with him. He thought Ani was worth more than she was making, and he thought that writing a book might help her grow. But for Ani, working at The New York Times was a dream, and getting an offer letter was like being on another planet. But she decided to let it go so she could go with Luke to London. Before she left, though, she thought about writing about her experience and having it published in The New York Times. Her editor read the piece and told her that instead of writing a polished version of what she had done, she should write something from the heart. This is what made Ani say everything she felt. Dean and she met at a book signing. He said that if she told anyone about the gang rape, he would blame her for the fight. He agreed that it was wrong of him to spread a false story. He did this to keep himself safe. He was afraid that Ani would tell her story, so he spread the rumor that called her character into question. Ani got him to admit that he had slept with her on tape. She had always cared more about how other people felt than how she felt, but now it was her turn to write about the terrible things she had to go through as a teenager. When she was in school, her mother got her a lawyer and shut her up before she could tell her what had happened that night. During her last years of school, she met a powerful, wealthy, and very beautiful woman in New York. She decided she wanted to be that woman, so she did everything she could to become her. But as a result, she had changed into someone she barely knew. 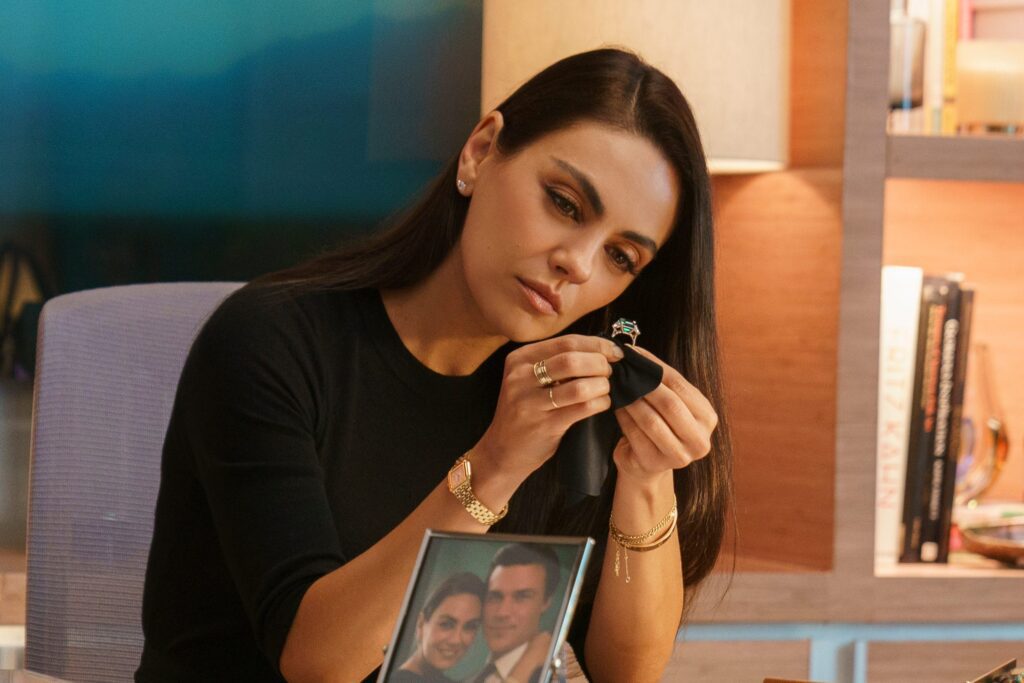 Ani found out that her piece would be published on the day of their rehearsal dinner. When she heard the news, she was very happy, but Luke did not feel the same way. He was disgusted by what happened and worried about how his family would react when they read about it. Luke thought she could have dealt with what happened on her own. Luke thought that since Dean was in a wheelchair and the other rapists were dead, the rapists had paid for their mistake. He didn’t understand why Ani was so angry and why she needed to tell her story. Luke didn’t know the woman named Ani. She wasn’t as fun and happy as she used to be. Ani had never shown him who she really was because she knew he wouldn’t love that person. She pretended to be the kind of woman he wanted because she had always wanted to be with a rich man like Luke. After they found out it was all a lie, they stopped seeing each other. Ani’s opinion piece made women want to talk about their own lives. She no longer felt bad about telling the truth. Even though Dean worked to change gun laws, he could never be forgiven for what he did in the past.

At the end of “Luckiest Girl Alive,” Ani works at The New York Times. She was the kind of woman she wanted to be, and what other people thought of her no longer mattered. She no longer had to carry the weight of the past, and the guilt that had been eating her up was gone. Ani changed over time. At first, Ani seemed like a people-pleaser and a social climber, but later, we saw a more vulnerable side of her. Ani’s mother was a big reason why Ani wanted to be with a wealthy man whose money she could show off. Ani didn’t like Luke as a person, but she was with him because she needed to be with him to get along with other people. She stopped trying to escape her past when she looked back on it.

Liked the article?
Also check out the web story on Facts about the Bridgeton you probably didn’t know