The Watcher: In episode 2 of, the Brannocks are very upset after getting the second letter. They go back to Chamberland and ask him again to look into Jasper. He doesn’t believe what they think and instead asks them to put their house on the market to see who will bid on it. He suggests, among other things, that they hire private security. But it costs too much. The next idea is to hire a good private investigator, which they think is a good idea. The next day, Dean meets Theodora Birch, a jazz musician who became a private investigator. She has liver cancer, and while she was in rehab, she talks about how she became obsessed with murders. In fact, that’s what kept her from getting drunk. Dean doesn’t say yes, but for the price she asks, it seems like a good deal.

Dean doesn’t agree with Nora when she says she wants to sell the house. Renovations will soon begin in the kitchen and basement, and all the dust could make Carter’s asthma act up again. Nora says that this is why they should move into a motel for now. Dean thinks the same thing. The family stays in a nearby motel, and Dean goes back to the house to sleep there so that the workers can come in the next day. The doorbell rings as soon as Dean lies down. No one is there when he goes outside, but we can see that someone is standing in the shadows and watching him. Like Ellie did in the last episode, he hears music coming from upstairs.

He looks around the room and finds that the sound is coming from a speaker built into the wall. When the camera turns around, we can see someone watching from behind him. In the middle of the night, the phone rings. The person on the other end of the line just breathes and says nothing. She calls Dean to tell him this, and when they ask the receptionist to try that number again, we see it ringing at the Brannock home. The Watcher is inside their house, that much is true. Karen says the next day that she looked at all of the offers on the house. The other offer was low because the person making it wanted to sell the house quickly. But since it came from a limited liability company, there are no names on the documents. She tells Nora to sell the house, but she should take a big cut off the price they paid for it. Nora doesn’t like the idea because having that much money would hurt them. Karen also says she is surprised that Nora isn’t mad that a stranger is trying to force her out of her own home.

Dean meets with Theodora, and she gives him Andrew Pierce’s phone number, who used to live in the house. She asks Dean to set up a meeting with him because he is a talent agent. He tells her that all she wants to do is leave the house and go back to the city. Theodora, on the other hand, tells him that he won’t be able to rest for the rest of his life if he doesn’t find out who did it. It happened to her and the woman her husband was dating. Dean gives it some thought. Nora tells Dean that she has a new reason to be angry about the situation. Dean backs her up, and the two of them decide not to sell the house for now. Duke offers to keep an eye on their house at night. The two of them are glad that he is taking on so much responsibility.

Dean is going to see Andrew. The man looks like he’s been through a lot, and he talks about how sad his time at the house was. Before that, he tells Dean not to waste any more time and to leave the house as soon as possible. Rosie, Dean’s wife, played the cello. Once Caleb was born, they moved to the suburbs to try something new. Rose was changed by the move, and she found her drive again. When they met Mitch and Mo, everything changed. Rose started to have the same things happen in the house that Dean had. Andrew had no choice but to leave Caleb with the couple next door. 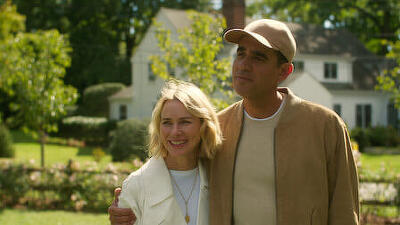 One day, Caleb told his father that he saw a group of old people wearing red robes and standing in a circle in Mo and Mitch’s living room. They were drinking the blood of a baby they had just killed. Andrew then found out that a 3-month-old baby from Stanford had gone missing, which proved his theory.

Then the letters began to arrive. The cops did not believe them. All day, Mo and Mitch just kept staring at them. Every day, the letters got more and more angry, which drove him crazy. One day, Rose tells a story about how Mo got out of the house through tunnels or something and drank blood from Caleb’s cut hand. They left the house after that. But Rose killed herself soon after. Dean isn’t sure if he should believe him or not. The stories almost sound unbelievable, but they are crazy enough to be true in this situation. When Duke is watching the house, he and Ellie kiss. People think that Mo and Mitch could be behind all the trouble.

When Pearl wakes up in the morning, she sees workers outside the house. She calls Mo, and Mo goes to talk to Dean. The Italian tells her he can do whatever he wants in the house and talks back to her in a firm way. He also makes jokes about Mo getting Melanoma from being in the sun too much, which makes her cry. Dean finds out when he gets to work that someone else was made partner instead of him. He is very angry, but his boss says that he hasn’t been paying attention to work for the last three or four years. He has stopped working. Dean thinks he’s dreaming when he hears gunshots that night. The next day, the family comes home. When they hear ambulances outside, Nora and Dean go out to see what’s going on.

Mo and Mitchell are both dead. First, the first man killed himself, and then he killed his wife. Their son thinks that Dean is making them feel like they don’t belong. Their note also talks about him. The family goes back to the motel without Dean. That night, the alarm goes off, and Dean goes to look into it. When he looks out the window, he sees Jasper standing outside and walking back to his house with a smile on his face.

The Watcher: Season 1 Ep. 2 : Review of the Episode

Why are these people so stupid?! I don’t think anyone has ever seen a stranger group of people on screen, unless it was a sci-fi movie. The real crime in The Watcher is that we don’t get to see more of Jennifer Coolidge. The beautiful Jennifer Coolidge might not be as happy and silly as she usually is. She is very clear about what she wants and then works hard to get it. Karen will be a very important part of how things go from here on out. We still don’t know if she is part of the plan to get rid of the Brannocks.

Up until now, the “unreliable narrator syndrome” in The Watcher has spread like wildfire. Everyone is being watched, and in the style of a classic whodunit, we even have a private investigator to spice things up. This show is shaping up to be a great mystery with moving parts about family relationships and the idea of getting too paranoid and drowning yourself in it. The Watcher feels like a house invasion movie, where you don’t know when or how the intruder will strike. Or even if they will.

At this point, can Dean still be called a hero? I’m not sure, but I’m very likely to say yes. He’s getting ready to do more harm than good to the family, and it’s not a good thing to see him break up his family, which is already in trouble. I’m hooked on The Watcher, and who knows where this crazy ride will take us?